We chartered a cab which took us an hour to Shwe-Oo-Min Meditation Center. Here, we began our retreat for 12 days. This center was located in a paddy field village. The compound was as big as ITPYPJ(community college in Johor Bahru) in a lengthy dimension. From the entrance gate, on the left, laid a big kitchen and dining hall. Next to the dining hall was the admin office, followed by three blocks of male dormitory and one SIMA Hall in between. The Dharma Hall was located just after the third male dormitory.

On the right, laid three blocks of female dormitory. Next to the last female dormitory was a small garden, followed by a single-storey housed by the founder of this center. Next to this house was a double-storey house. The teachers stayed upstairs, whereas an abbot (camp master) stayed downstairs. Immediately after this house was public toilets. Towards the last end of this compound, stood a long row of double-storey dormitory built by Korean Buddhists. This particular dormitory catered for long stay yogi for at least three months and above. 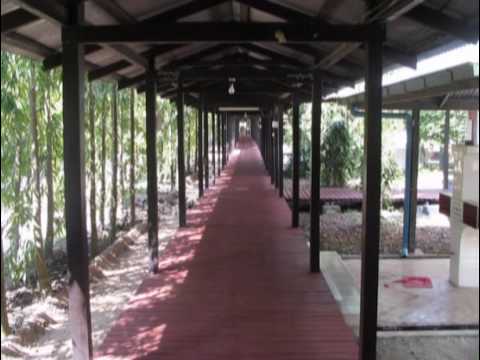 We were received by a staff with welcome drinks and left to take a short rest in the admin office. Later, we were led to pay respect to the abbot, Bhante Kosala for registration. We surrendered our passport to him for safe keeping and took eight precepts from him. He gave us a briefing about the house rules, retreat procedure and room keys. Then we collected our pillows, bed sheets, blankets from meiji (nun) and settled down in our room at the second female dormitory.  We were put into a 2 person shared room with two single wooden beds, with only mats, pillows and blankets. Our room faced courtyard. We shared a common bath area outside. We put all our belongings in our suitcase under our bed. There were local wardens who took care of our needs. We did our own laundry and dried our clothes in the open air court yard. We spent our first night with sound sleep under the twinkle- twinkle little stars in the sea of paddy field.

We began our daily meditation schedule from Day 1 to Day 12 as followed:

(We were advised to jot down some notes and experience within this period of times. Our notes would be discuss during interview session with the teachers.)