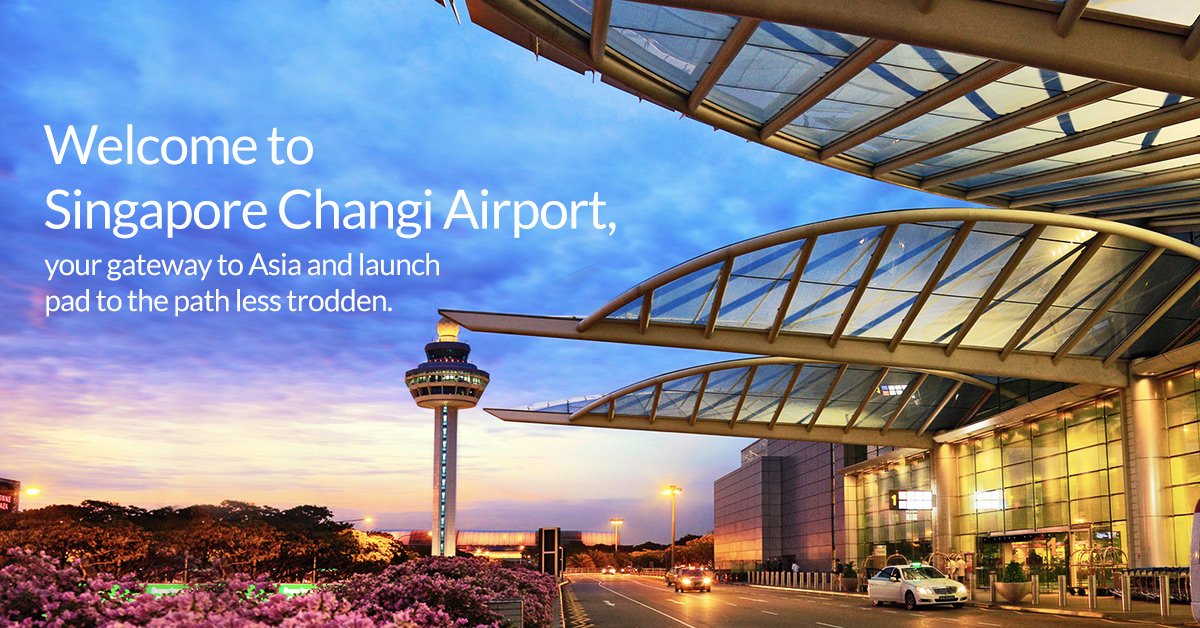 On 24 July, 8.00pm, we departed from the home board the bus to Changi airport. Unfortunately, we couldn’t find the exact location, so Ler sent us directly to align the bus at Mutiara Rini- McDonald. Upon waiting, we received a bad news. Our flight was delayed from 5.30am t0 9.30am the next day. Our naïve tour leader – Miss Nicole suggested the bus driver send everybody back home and gather back at 3.30am to proceed to Changi airport. She gave a reason that we needed to spend extra SGD for food if we were to wait at the airport. After much discussion, we finally got up to the bus at 11.30pm according to our original plan. There were 41 pax led by Miss Nicole for this tour.

As it was too early to wait at Changi airport, so the bus prolonged the time at Tmn Sri Orkid Petronas Station to fill petrol and further stopped over for an hour at Gelanq Patah mamak store. She had good intention for us to save money. We could only land for our lunch at 3 pm the next day.Some members went for a bite or bought extra food to eat in the airport and also in flight. Some just rested in the bus.

The journey from the second link to Changi airport was a smooth drive. We took less than an hour to reach Changi airport at 3.30am. We hung around while waiting for check –in at Jetstar counter by 6.00am. Finally, we settled at departure hall by 7.00am and rested cum napping until 8.40am for boarding.The inflight service was normal. It was a budget airline and no meal was served. Most of us ate our own snack as the on board food were too pricey.
We landed at Sanya airport with a welcome drizzling at about 3.00pm. After immigration clearance, we were received by the local tour guide, Mr. Goh. We received our packed lunch – KFC- 2 small pieces of fried chicken,1 chicken burger and 1egg tart plus 250ml mineral water and ate inside the coach.

Sanya is located in China’s southern most tropical coastal tourist city of Hainan Island. It was formally known as “Deer City” and also “Oriental Hawaii”. Our first itinerary was Da Dong Hai Scenic Area, a crescent-shaped bay, the vast sea glittering like a mirror/ Between Luhuitou and Yulin Gang, 10 minutes from the city. The East China Sea is surrounded by mountains, 2.9 km long coastline, the sea side, surrounded by rows of green coconut palms beach, blue sky, blue sea, mountains, green coconuts, white sandy beaches unique beauty won praise at home and abroad tourists. We took some photos at the Deer statue and ate local fruits like pineapple, dragon fruits and papaya.
Our tour ended up of shopping in a local stuff and followed by having dinner in a local restaurant at XinLong. Our tour fares inclusive of 5 breakfast, 4 lunches, and 4 dinners. A total of about 10 dishes + rice, 1 bottle of Sprite, 2 bottles of beer and a jug of Chinese tea plus a plate of cut water melons were our standard cuisine throughout our trip.

Our first lunch was KFC meal as mentioned above. Our first dinner was curry chicken with potatoes, deep fried prawn, sweet sour black tilapia, stir fried ‘sawi’, plain ‘sayur mani’ soup with eggs, braise pork, stir fried bitter gourd. The food was served simultaneously until we forgot there were some more on the way. We spent our first night in Golden Sojourn Spa Resort to rest. Each room had its own hot spring spa bath tub. We had a good sound sleep as it was indeed a long day since last night.

We had in-house breakfast. The typical Chinese breakfast was porridge, preserved vegetables, nuts, buns, fried noodles, fried rice, cut fruits, soya bean drink and fruit juice. The beverages were very diluted and tasteless.
After breakfast, we went to Peking Tong Ren Tang. All of us were treated to free feet massage while listening to nutritious herbs briefing. The free diagnostic health check was given, followed by remedial were recommended.
Next, we went to XinLong Tropical Medicinal Botanical garden. This center preserved lots of herbs and spices plants. It belonged to Chinese Academy of Medical Sciences Research Center. We learned about various types of herbs, spices and their remedial usage to our bodies.
Later, we had our lunch at a beach resort. The cuisine was much better than yesterday. We tasted baby abalones and roasted duck in addition to those common dishes as mentioned in our first dinner.

After lunch, we moved on to APEX Forum venue-Bo-ao. This site was known as water town, emerged at the meeting points of three famous rivers (Wanquan, Jiuqu and Longgun). It was surrounded and characterized by rivers, lakes, sea, sandy beach, mountains, hot spring. We experienced a boat ride to witness Jade belt beach scenery, where the three rivers flow into the South China Sea, a narrow long golden jade belt separates the river and the sea, forming the natural combination and landscape, listed in the Guinness record of the world. We took a short boat ride to a man-made island to feel the sea. It was extremely hot. Many local petty traders sold coconut water, honey pineapples, and other tropical fruits. Many local professional photographers mingled around to do tourists’ business.
We also took photos on the APEX stage and strolling the gallery.

In the late afternoon, we arrived Haigua for dinner. However, Mr Chan had prearranged with his collaborating partners from Hainan University. Hence, we broke away from the tour dinner and had dinner at Long Chuan restaurant. This restaurant served the best and most authentic Hainanese cuisine. We had a sumptuous meal indeed with 3 ladies and a man. We tasted famous, boiled coconut water soup with Wen Zhang chicken, papaya and fish maw. Coconut pudding, coconut dessert (like our ABC dessert), mango ‘chee cheong fun’, braised black soya bean ‘toufoo’, barbecue mackerel fish, pineapple fried rice, clay pot mixed vegetables, deep fried prawns, peanuts and mushroom dish.
After dinner, we just walked across to our hotel- New Oscar 4-star Hotel. We admired the night life of Seaview Intermall, and lots of high-tech OPPO gadget stores. Upon settling in the room, we walked to a nearby Ming Choo supermarket and bought some dried stuff, such as walnuts, dates, glutinous rice, coconut sweets, seaweeds……etc. We spent about RMB350.00 in total.

We had international breakfast and enjoyed a short city view before departing to our first destination. We travelled for almost 2 hours and had a toilet break at a country side R&R (quite similar as Yong Peng express bus rest area.)

Finally, we reached our destination and had lunch before proceeding to tour Li and Miao Ethnic villages It was indeed a fun and interactive way to get a real taste of the native cultures of Hainan Island. We were guided by the village tour guide to experience the local culture for a glimpse into Miao heritage. Tattooed natives dressed in vibrant traditional attire greeted us with a warm hospitality. We watched the folk performance on bamboo sticks and witnessed a make-believe wedding ceremony while savoring tea and delicious specialties. We were amazed by elderly weavers and artisans handcrafting jewelry from beetle nuts and natural materials. We gained knowledge about the benefits of wearing silver ornaments.
After that, we were brought to a Deep sea fish products retail outlet. We were briefed about the benefits of shark fish oil and other omega 3 products. Besides, we sampled seaweed soups, squirted products and others. Finally, we reached Sanya and rested in GuaXi Hotel for two nights.
We had an early dinner in this hotel. The food served were quite slow and the waitress were not sure about the number of cuisines being served. Some members left the table to wash up without realizing there were 3 more dishes to be served.

We watched an exciting live show in the Crown of Beauty and the Giant Tree Theme Esplanade. It was indeed an awesome and breathtaking performance by Russian, Cuban Broadway dancers and Chinese acrobatics. We took lots of photos at this North Pavilion viewing platform and rows of golden Oscar statues. This Beauty Crown Grand Theatre was holding Miss World Pageants for consecutively 6 times.

We went to the wrong local or domestic breakfast venue. We only realized after second round as we could not see any familiar faces dining in. The waitress was very polite. She returned our coupon and asked us to proceed to international tourist’s venue with additional coffee and tea, fried egg salad and bread.
After breakfast, we went to Bamboo charcoal retail outlets. We learned about the moisture absorbent quality this product. We bought a few items and proceeded to Goddess Mercy at Nanshan Cultural Park.

On the way, the coach passed by a long distance beaches with coastline sceneries. The Nanshan Cultural Parks highlighted China’s diverse social customs. The key feature of the zone was the three sided statue of Guan Yin Bodhisattva stands 108 meters tall on a man-made island in the sea just off Nanshan. It is larger than the Statue of Liberty. The park consisted of sites and sceneries with Buddhist Cultural including “Nanshan Temple”, “Nanshan Kwan-yin statue of South sea”, “Savior Garden”, “Auspicious Garden”, “Longevity Valley”, “Small Moon Bay” and vegetarian shopping street.
We enjoyed a very sumptuous vegetarian lunch in one of the hotels high up on the hill. This meal was the best vegan cuisine I had ever tasted. The culinary skills were just amazing.
After lunch, we went to visit Orchid World Research Farm. It covered a total area of 400 hectors. Only 125 hectors were utilized according to 5A Government Tourism Bar code. There were 3000 spices, 200,000 plants in which 300 plants are world extinct species.

We spent about an hour in this farm and went back to Guaxi hotel. We had an early dinner as we had to rush for our paid river cruise. This river cruise agenda was very disappointing. We felt cheated as the so called ‘VIP” seats were over crowded. Bad management, not enough seats and snacks as promised were the main reasons which made all visitors jumped up. The semi roofing was leaking and the whole place was stinking. The ‘shows’ were not really out performed as the stage was too small for them. It was indeed the worst experience and not recommended at all. Surprisingly, none of the tourists complained or confronted the cruise managers.
The cruise trip ended at 8.30pm and we went back to the hotel. Some members went for last minutes shopping and meal.

After breakfast, we checked out and transferred to Sanya airport. The return flight was smooth and speedy. We touched down at Changi airport on schedule and transferred to Malaysian coach to Johor Bahru. The experience bus driver used Woodland check points to save all the hazards of immigration and customs checks. Ler fetched us home at around 5.30pm.